Thanks to all 368 of you who responded to our survey (once again, a record). With some hard work from Brittany Schaefer and survey design from Laura Duncan and Patrick Lam, we’re pleased to release the full survey results. Here are two tidbits:

Q12: When you climbed outside in 2019, how many other people did you typically go with?

This past Sunday, August 18, emergency services and nearby climbers successfully evacuated a climber from the far end of the Swamp, following a ground fall. The climber sustained non-life threatening injuries.

Please take this opportunity to refresh and update your safety systems while climbing. Some safety tips: Remember, the most important safety tool you have is your awareness and attention. Consider bringing a headlamp when you go to the crag, as well as wearing helmets. Renew your wilderness first-aid training—not all of our crags have cell phone service, and the furthest point of the Swamp is more than an hour from definitive care.

The OAC communicates on your behalf with emergency services about evacuations from our local crags. As always, thanks to our emergency responders for their excellent work!

During the winter of 2018, Conservation Halton (CH) and the Ontario Alliance of Climbers (OAC) opened discussions regarding ongoing concerns about climber safety and the impact of climbing on Mt. Nemo. The OAC proposed a plan which would address several key points. This plan was approved with support from Conservation Halton, as well as feedback from the guiding and instructional community.

Why was this project necessary?

The Solution
Several routes have been identified at Rattlesnake Park and have been updated to the modern standard of sport climbs. In addition, a teaching stations has been installed to better facilitate anchor management practice.

Rattlesnake Park is the only climbing area in the CH properties which allows for guiding or teaching. Teaching stations at all other climbing areas will be removed. Several routes at Mt. Nemo will be reviewed and may be removed if deemed necessary.

The equipment for the project was purchased by the OAC with support from MEC in the form of discounted pricing. All equipment was installed by qualified volunteers. Conservation Halton will not test these protection bolts and were in no way part of the installation process. As with bolts located on all Ontario cliffs, climbers must view all fixed protection as being used at their own risk. NO ADDITIONAL BOLTS SHOULD BE PLACED ON HALTON REGION CONSERVATION AUTHORITY LAND WITHOUT EXPRESS PERMISSION.

Randy Kielbasiewicz and Richard Messiah share a combined 75 years of climbing experience. Both individuals share a deep-seated respect for the history of climbing and an understanding of the complex issues facing climbing in today’s context.

Randy Kielbasiewicz is Co-Chair of the OAC, working closely with land managers in several areas. Randy maintains a long history of first ascents in both traditional and sport climbing styles.

This project will help re-establish Rattlesnake Point as a climbing area specifically targeting routes graded 5.10 and under. The area is well suited to large volumes of climbers.

THE OAC DOES NOT CONDONE THE ADDITION OF BOLTS TO EXISTING ROCK CLIMBS WITHOUT EXPRESS PERMISSION OF THE FIRST ASCENT PARTY. This is a unique project addressing specific challenges in a specific area. TAMPERING OR REMOVAL OF BOLTS AT RATTLESNAKE PARK WILL BE CONSIDERED AN ACT OF VANDALISM AND WILL BE ADDRESSED ACCORDINGLY.

The OAC believes this project represents an excellent example of the climbing community self-managing their activity and looks forward to using this as a reference in future discussions with land managers.

The OAC invites all members to partake in our 2019 Annual General Meeting on June 1, 2019. It’s a great opportunity to ask questions about the organization and our on-going projects, in addition to sharing your input on the future direction of the OAC.  We’ll be holding the election for board membership, talking about the past year’s accomplishments, and discussing what’s on the horizon.

The meeting will be held at Rattlesnake Point Conservation Area (7200 Appleby Line, Milton, ON L9E 0M9 — Upper Pavilion) on Saturday June 1st at 1:00 PM. There will be a discounted park entrance day pass for all attendees!  OAC membership is required for the discount. Come out to participate in the OAC Rattlesnake Point Stewardship Day activities.

To be eligible to vote at the AGM, one is required to be a member of the Ontario Alliance of Climbers. To allow for the processing of new members, please ensure applications are submitted prior to May 15th. Please visit our membership page at https://www.ontarioallianceofclimbers.ca/supporters/individual-membership/ for further details.

The OAC is very interested in increasing its capacity by attracting new ideas, leadership, and energy. At this meeting, we will elect three members to the Board of Directors (for a two-year term each). As always, we are also looking for portfolio managers and general volunteers. While members can be nominated to the Board at the AGM, any nominations submitted by May 15th will have their profiles distributed to the membership in advance. This will facilitate a structured voting process. Interested members are encouraged to contact the OAC in advance.

Potential board members should have:

As a board member the individual will:

Further details will be provided to members 14 days prior to the AGM. If you do not receive notification by email, please send us a note (info@ontarioallianceofclimbers.ca).

The Ontario Access Coalition has been proudly serving the Ontario climbing community for the past 9 years.  We have worked closely with landowners to ensure continuing access to beloved areas, advocated for proper crag etiquette amongst climbers, and promoted mentorship as the climbing population is booming.  We’ve helped establish bouldering as a celebrated activity at the Niagara Glen, held yearly crag stewardship days, and purchased land to keep climbing open at Old Baldy.

Our mission has always been to keep climbing and bouldering areas open.  The issue of access is at the forefront of our existence, and has been squarely incorporated into our name.  Today, we are eager to announce that we have a new name to go by: The Ontario Alliance of Climbers.  Our goals are the same as always — we are an organization of climbers dedicated to keeping this sport alive and thriving in Ontario.  Our name change does not signal a change in direction; rather, it prioritizes the fact that we are a climbing community, and that we strive to represent all climbers, of all disciplines, in Ontario.  With this new name, our identity as a climbing-focused entity is solidified, and we are better recognized by landowners and other organizations we work with.

Conveniently, you can still refer to us as the OAC.  We have been working hard to serve the climbing community for years, and we are excited to continue doing so under our new name.  You’ll notice that our social media accounts are already being updated, and you can find our new website at https://www.ontarioallianceofclimbers.ca/.

Keep an eye out for new communications coming from the Ontario Alliance of Climbers in the future!

We will be holding a Turtle Crag Information Session at Black Rock Coffee & Bar this Saturday, September 29th, at 6pm. We’ll be discussing the recent land access issues which have come to light concerning Turtle Crag, what we’re doing to help, and how you as climbers can affect the future of climbing in Ontario.
Patrick Lam will be leading the discussion, but come prepared with any questions you may have about climbing in Ontario and Turtle Crag in particular.
See our Facebook event for more details.

No climbing at Turtle Crag until further notice

NO Climbing at Turtle Crag until further notice.  A representative of the OAC has met with the landowner, and we are working towards a solution together. We hope to have updates soon. Until then, it is vital that climbers avoid climbing at the Turtle to prevent further damaging relations.

Submit your photos for the 2019 OAC Crags Calendar!

By patrick.lam | Uncategorized | No Comments
Dear amateur and professional photographers, have you ever wanted to see your work published and hung on walls? We are putting together our annual Ontario Crags calendar and we need your help! Please consider donating a photo to help raise awareness and funds in support of the Ontario Access Coalition. 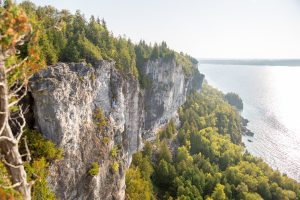 The Ontario Crags calendar aims to celebrate and highlight the wide variety of climbing that Ontario has to offer. We want to showcase everything from as many different crags and seasons as possible — ICE, SPORT, TRAD and BOULDERING are all honoured here. Valid photo submissions must have LANDSCAPE orientation (i.e. horizontal), and be of climbers at Ontario crags only (of course!).

Please send your best shots to submissions@ontarioaccesscoalition.com by TUESDAY, OCTOBER 9th for a chance to have your photo featured and credited in the calendar! Chosen entrants will get a free copy of the 2019 calendar as well as a credit complete with your name and website.
Please see additional rules of submission here.
Thanks in advance for your efforts to support the OAC!
0

The Ontario Access Coalition 2018 Annual General Meeting was held on June 28, 2018. Thanks to Joe Rockhead’s for hosting.
Read about the OAC’s access sends for 2017-2018 and the survey results here:
2017-2018 Access Sends and 2017 Survey Results [pdf]
Here are the highlights from the access sends:

We welcome new board member Mike Makischuk and returning board members Randy Kielbasiewicz and Patrick Lam, and look forward to a productive 2018-2019 year continuing to advocate for climbing access in Ontario!

In the first episode of the OAC newsletter for 2018 we cover:

For the first time in the OAC’s history, and with the support of MEC, we are looking to hire someone to help us advocate for climbing access in Ontario. Our Fundraising & Outreach Coordinator will primarily develop sponsorship and business relationships with OAC stakeholders and participate in community outreach. The OAC has always been a volunteer-based organization, but as our role in the climbing community has grown and we’ve become more established, we have recognized the need to have a member dedicated to ensuring our continued success.  The ideal candidate is proactive, organized, and detail-oriented with an entrepreneurial mindset. This is a contract position. For more information, see the job posting at https://www.ontarioallianceofclimbers.ca/climbers/careers/. For full consideration, apply by May 11. We look forward to working with the successful candidate! 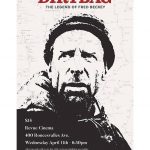 A sold-out crowd enjoyed our April 11 screening of Dirtbag: The Legend of Fred Beckey. Thanks to everyone for coming, Mike Makischuk for organizing the event, and our sponsors (MEC, Arc’teryx, Patagonia, Boulderz, Gripped Magazine, and DMM) for supporting the event. Together, we raised over $3000 to support Ontario climbing access. We hope to see you at similar events for future climbing films.

Mark your calendars now: this year’s Beaver Valley Festival is going down July 20-22nd!  Join us up at the Rob Roy Dogsled Farm again as we celebrate climbing in Ontario with the year’s biggest party, headlined once again by Ariana Gillis.  Food, raffles, clinics, and an all around good time are to be had—in addition to some fantastic climbing of course!

We’re also holding a contest to redesign the Beaver Valley Festival logo. The winner will receive free admission to the festival for TWO—so you can bring your belayer!  The submission deadline will be May 21st. More details to come soon. 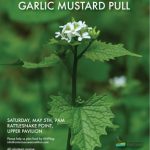 Coming this Saturday, May 5: our annual Crag Stewardship Event at Rattlesnake Point. This is your chance to give back to the climbing community and help keep Ontario free of invasive species. Climbers’ past efforts have greatly reduced the amount of garlic mustard, an invasive species, around this climbing area. We hope you can join us to celebrate Earth Day. We’ll be providing a BBQ lunch, and the cliffs will be available all afternoon for climbing. For more information: https://ontarioaccesscoalition.com/climbers/events/garlic-mustard-pull-2018/

May 5: Crag Stewardship Event with Conservation Halton at Rattlesnake Point