June 17th marked the official re-opening of Cape Croker to climbing and bouldering after a year of closure. The First Nationas Band Council and the Cape Croker section of the Bruce Trail Conservancy, rebuilding the Sydney Bay Boardwalk, were present for the re-opening. 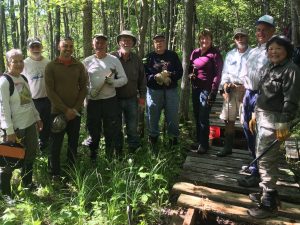 Cape Croker boasts on-site camping, showers, and a store, and serves as a convenient stop for climbers on the way to Lion’s Head or Halfway Log Dump (Bruce Peninsula National Park). With its short approach and numerous trad and sport lines, Croker is an excellent crag on the Escarpment situated in a beautiful location. Non-climbing activities include nearby international-level mountain biking in Purple Valley as well as paddleboard and kayak rentals. 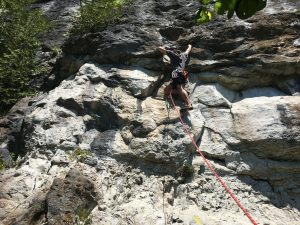 Cape Croker has been operated by the Chippewas of Nawash Unceded First Nation since its inception as a park in 1967, protecting its intrinsic beauty and generating on-Reserve employment. The Ontario Access Coalition, through portfolio managers Drs. Harry Hoediono and Patrick Lam, spent most of 2015 negotiating with Park officials and the Band Council, and reached an agreement about re-opening the Park to climbing this spring. Gus Alexandropoulos provided invaluable support in the form of guidebook recognition and advertising donations.

The Cape Croker re-opening illustrates how eco-friendly citizens (the OAC, BTC and First Nations Band Council) can work together to promote eco-tourism and eco-sport on the Bruce Peninsula. 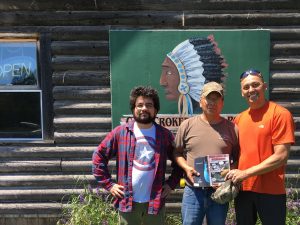 Please enjoy climbing at Cape Croker, heed all posted signs, climb with care, and be respectful of the privilege of climbing in such a beautiful area.